They discussed the matters of mutual interest. 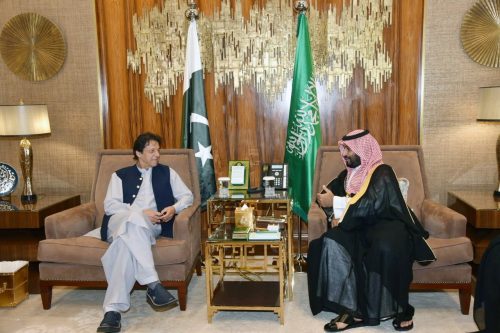 The prime minister stressed the need for resolve the disputes through diplomacy and politically. He also apprised the Saudi authorities about situation in Indian Occupied Kashmir. 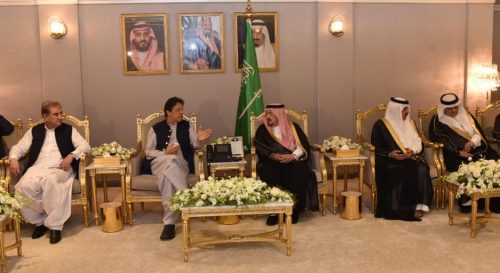 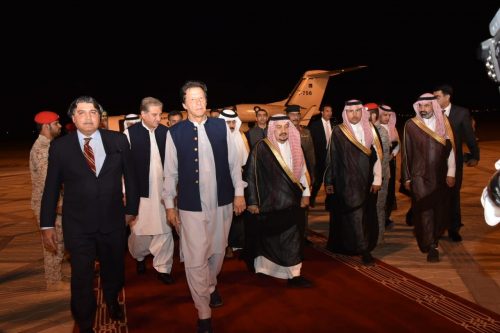 The premier said Saudi Arabia is one of the closest friends of Pakistan and Riyadh has always helped us in all times of need. He said he strongly believes that any issue could be resolved through dialogue and talks. He said any new conflict in the region could have far reaching implications and sufferings of people.

Conflict in Gulf can lead to increase in oil prices

Imran Khan pointed out that a conflict in gulf region could lead to increase in oil prices and more poverty for the developing countries. He clarified that some vested interests want conflict between Iran and Saudi Arabia.

Imran Khan unequivocally said that this is purely an initiative of Pakistan and no one asked us to do this. He said he will visit Saudi Arabia on Tuesday with a positive state of mind and will emphasize the importance of dialogue between the two countries to resolve differences.

The premier said his visit is aimed at reducing tensions between Iran and Saudi Arabia as Pakistan does not want any other conflict in the region. He said Pakistan has suffered 70,000 casualties in war on terrorism and neighboring Afghanistan also suffered badly in the conflict going on in that country. Imran Khan also mentioned the conflict in Syria and the plight of Syrians as a result of it.

Pakistan will play role of facilitator rather mediator

The prime minister said Pakistan will play the role of facilitator rather mediator in sorting out the differences between the two brotherly Muslim countries. The Prime Minister said during his recent meeting with President Donald Trump, he was asked to do something on dialogue with Iran.