KONYA (92 News) – Prime Minister Imran Khan has said that the objective of his government is to provide maximum facilities to investors.

Addressing Turkish industrialists and traders on Thursday, he said that the one belt one road will increase mutual trade between both countries.

“Pakistan is the country of 210 million people and a majority of them is young. It means Pakistan has a big market. We are trying to improve governance in Pakistan,” he said. 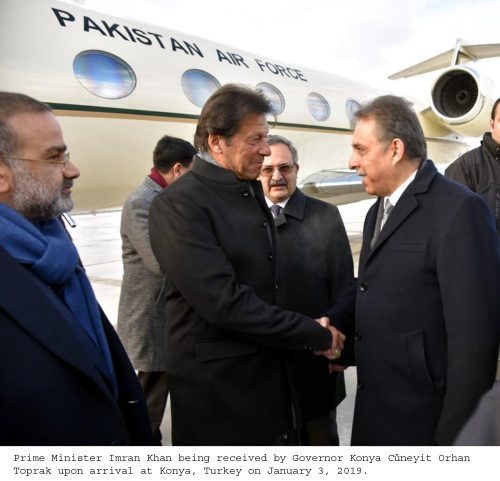 The prime minister said that the government is constructing five million low-cost houses and the project has ample opportunities of investment. “Pakistan is a good place for tourism. A half of the tallest mountains are located in Pakistan,” he maintained.

PM Imran Khan said that economic zones will be established in Pakistan under the CPEC. “Turks ruled the subcontinent for six centuries. The Muslims of the subcontinent had collected money to defend the Ottoman Empire,” he said. 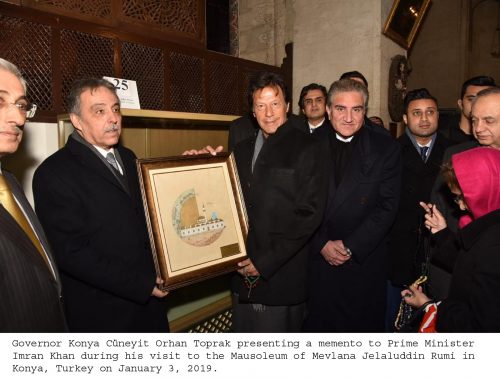 The Konya deputy mayor and Pakistan Ambassador Cyrus Sajjad Qazi were also present on the occasion.

Speaking on the occasion, PM Imran Khan said that they highly respect Maulana Jalaluddin Rumi. “Our national poet Dr Allama Iqbal is the spiritual disciple of Maulana Rumi,” he said.

The PM is visiting Turkey on the invitation of Turkish President Recep Tayyip Erdogan. During the visit, he will meet the Turkish president and discuss the entire spectrum of bilateral relations between two countries. 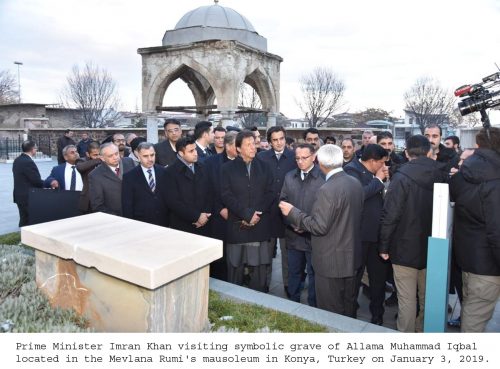 The views pertaining to regional and international situation will also be exchanged.

The prime minister will also address a business forum and hold several meetings with Turkish businessmen and potential investors during his stay in Ankara.

Pakistan and Turkey enjoy historic and unparalleled ties based on a common religious and cultural legacy that dates back to centuries.

The two countries have excellent political, economic, defense, cultural and people-to-people relations that continue to grow from strength to strength each passing year.

The prime minister’s visit will further boost the historic ties between the governments and the people of the two brotherly countries.

Moreover, the visit will also help explore new avenues of cooperation and collaboration between the two countries, particularly in the area of economic, trade and commercial relations.