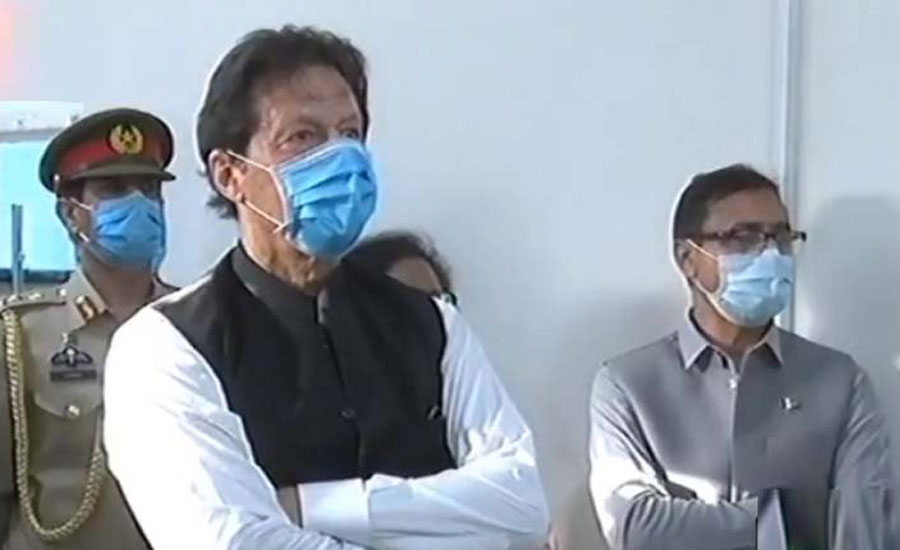 ISLAMABAD (92 News) - Prime Minister (PM) Imran Khan has inaugurated the first One Window Ehsaas Centre in Islamabad as the federal government will establish such centres in all districts of the country on Wednesday.

PM Imran Khan inaugurated the first physical One Window Ehsaas Centre in Islamabad and also planted a sapling in the centre’s premises. He is accompanied by Special Assistant to the Prime Minister on Poverty Alleviation and Social Protection Dr Sania Nishtar, Senator Faisal Javed and others.

Sania Nishtar briefed the premier regarding the operations of the Centre from where the nationals will get all facilities and services under one roof.

A day earlier, PM Imran Khan has said that he is not part of any lobby nor does he has any business interests.

He said while talking to a delegation of representatives of Pakistan farming groups and unions, which called on him in Islamabad on Tuesday

Responding to farmer's reservations, the prime minister said that the government will no longer allow anyone to exploit farmers. “There is injustice in Pakistan and only nations that are fair to their people progress.”

Imran Khan said that the government is paying attention towards the promotion of solarization across the country to facilitate farmers. He also said that the agriculture sector can include Pakistan amongst the developed countries.

He said industrialization is of vital importance for wealth creation, which will lead to the country's development. He said latest technology will be introduced for the farmers with the help of China.

The premier said corruption of rulers destroys the country and his struggle is against the corruption.