This was stated in a joint declaration after a meeting between both leaders on Monday.

The prime minister said that both countries should resolve their differences in a peaceful way and in interest of the Muslim Ummah. 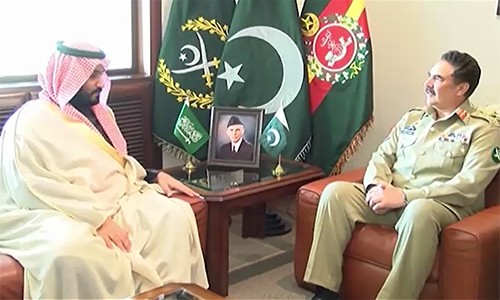 Prime Minister Nawaz Sharif and COAS General Raheel Sharif were accorded a rousing welcome on their arrival in Saudi Arabia.