In his tweets on Monday, he said that Nawaz Sharif made a journalist who knows nothing about cricket the PCB chief for assisting him in rigging. 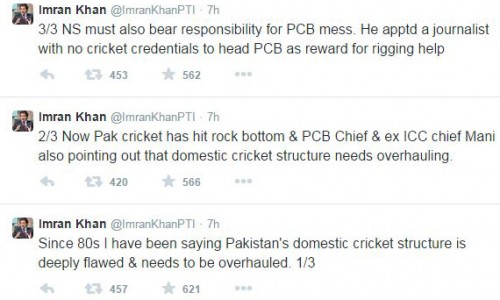 He said that he had been saying since 80s that there is need to improve the structure of domestic cricket. “Pakistan cricket is at a low ebb,” he said.