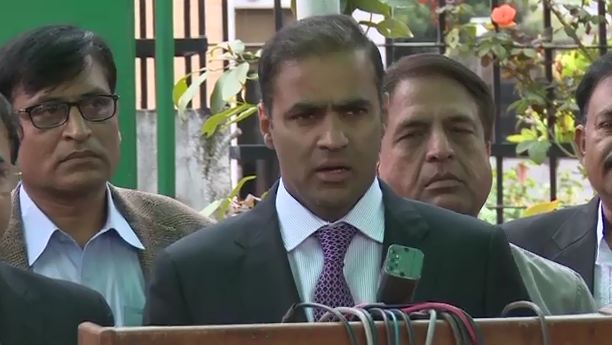 ISLAMABAD (92 News) – Pakistan Muslim Leagues-Nawaz leader Abid Sher Ali has on Wednesday said that it was wrong to register a murder case against him, adding that he has submitted evidence to the Election Commission and he will not further comment.

Talking to media outside ECP in Islamabad on Wednesday, he said that the Chief Election Commissioner (CEC) has asked to submit written reply till November 10, adding that he cannot comment on the case.

Criticizing Rana Sanaullah, the federal minister said that he should take care of his mustaches despite talking about cutting lion’s ear and tail.

Abid Sher Ali said that he has requested Prime Minister Nawaz Sharif and chief minister Punjab Shahbaz Sharif to investigate the case registered against him.

The federal minister said that the prime minister will decide regarding the Mayor of Faisalabad.