Chief of Naval Staff Admiral Zakaullah briefed him about the exercise. 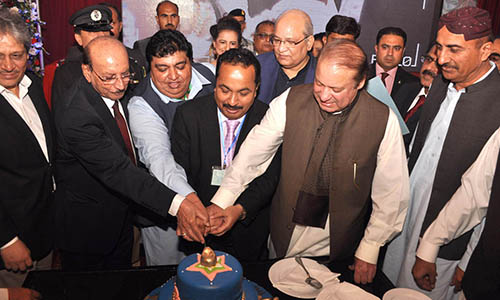 He also expressed his wish to play Holi. “I will be happy if colors are thrown on me,” he said.

The prime minister assured the minority that they would be given their rights.