As per details garnered, the seven-point agenda including the issues of energy and water will be discussed in the meeting which held at the Prime Minister’s Office.

According to the sources, the proposal of importing second hand Tractors was presented in the meeting. PM Imran Khan said that he wants to make all the provinces as more autonomous. He also said that all the provinces should be given same importance on all key important issues. 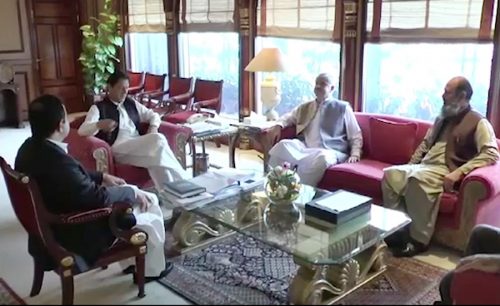 The summaries to launch a countrywide cleanliness drive and streamlining the regulatory functions of the federal government presented for approval in the meeting.

The Petroleum, Exploration and Production Policy 2012 and matters pertaining to Workers Welfare Fund and Employees Old-Age Benefits Institution also came under discussion during the meeting.

Further, among other agenda points is the harmonisation of standards between the Pakistan Standards and Quality Control Authority (PSQCA) and provincial food authorities.