The gold-plated Russian gun was gifted in a meeting at PM Office on Tuesday. PM Khan thanked the Saudi prince for the expensive gift. 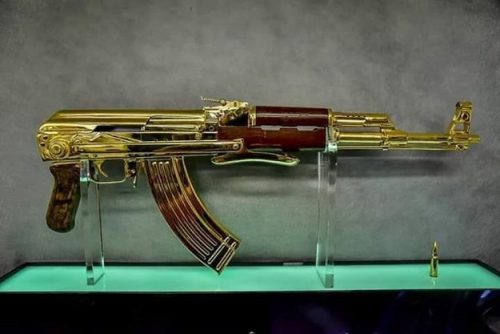 The ISPR said that the matters of mutual interests including regional security situation came under discussion during the meeting held at General Headquarters in Rawalpindi.

Saudi Arabia Crown Prince Mohammad Bin Salman Al Saud is set to visit Pakistan in a few weeks and announce an investment amounting to 15 billion dollars on behalf of the Saudi Arabian government.

It was reported that a date for Mohammad Bin Salman Al Saud’s visit was being finalised. A petrochemical complex would be built from Saudi Arabia’s investment in Gwadar and a memorandum of understanding will be signed in this regard.

It also said the kingdom was likely to hand Pakistan another one billion rupees for balance of payment purpose. The Arab country already has given Pakistan $2 billion out of the promised $3 billion.