Upon his arrival, the PM laid a floral wreath at the shuhada monument.

He was briefed about the SSG organization, capabilities and performance. The SSG demonstrated a few of its skills and operational capabilities. 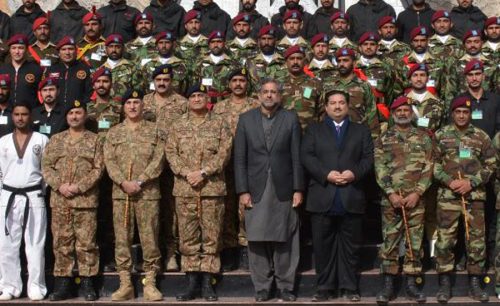 Prime Minister Shahid Khaqan Abbasi also fired few of the weapons used by SSG. Addressing officers and men of SSG, the PM wholeheartedly appreciated performance of the elite force and its contribution during the ongoing effort against terrorism.

He paid rich tribute to the martyrs of SSG and the armed forces whose sacrifices have returned peace in Pakistan.