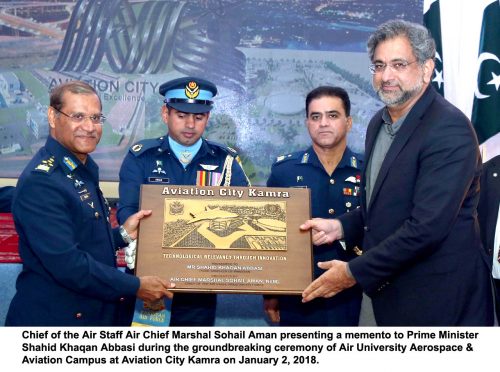 Speaking on the occasion, Prime Minister Shahid Khaqan Abbasi said that this is indeed a very big milestone for aviation in Pakistan.

He assured full support of the government to the initiative taken by the Pakistan Air Force.

The PM said that the PAF has a tradition of excellence as a force second to none and it is hoped that this campus will also become a source of inspiration for rest of the country.