He was received at the airport by Governor Sindh Imran Ismail and other Pakistan Tehreek-e-Insaf leaders. 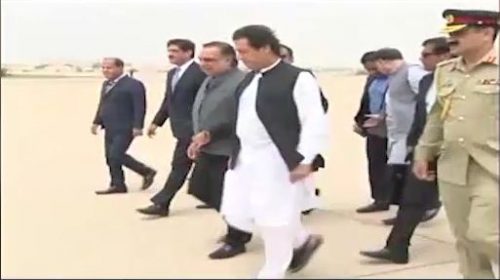 Meanwhile, Prime Minister Imran Khan held one on one meeting with Governor Sindh Imran Ismail at the Governor House in Karachi. During the meeting, matters related to political situation and ongoing development projects were discussed. 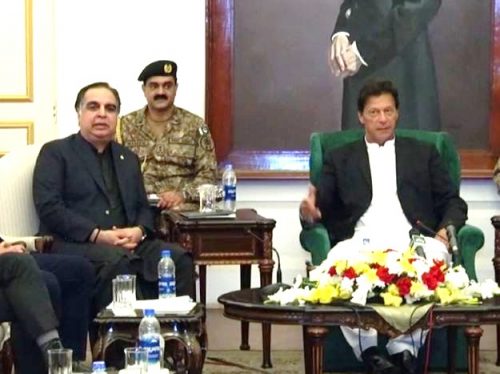 Talking to a delegation of Pakistan Stock Exchange led by its Chairman Sulaiman Mehdi, Prime Minister Imran Khan said government is committed to promote and protect businesses and investment in the country. Officials of PSX and stock brokers were part of the delegation. 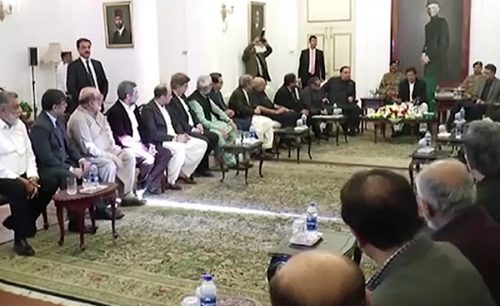 The prime minister said vast opportunities of investment are available in Pakistan. He said foreign investors are expressing keen interest to invest in various sectors of the economy. He also said the approach of incumbent government regarding business and investment is different from the previous governments. He said necessary steps are being taken to bring stability in the market.

Imran Khan sought suggestions of businessmen to further improve business environment in the country. The delegation congratulated Prime Minister on assuming his office. It also apprised him of the issues of stock market and brokers.

The two sides agreed to expand tax base and increase the use of IT in the stock market. The meeting also agreed with consensus to stop illegal transactions.

The delegation appreciated the fiscal consolidation measures and good economic performance of the government. The delegation assured to support government on fiscal policy. The premier approved most of the suggestions given by the delegation.

Later, a delegation of Chamber of Commerce and Industry also called on Prime Minister Imran Khan.

He was talking to a delegation of Chamber of Commerce and Industry that called on him in Karachi today.

Renowned industralists including Siraj Kassam Teli, Tahir Khaliq, Haroon Agar, Shamim Firpo, and Junaid Esmail Makda were part of the delegation among others.

The prime minister said government is devising policies to support the country’s export industry in order to bridge the gap between exports and imports.

He informed the businessmen that revenue and policy wings of Federal Board of Revenue were separated on their suggestions in order to bring efficiency in planning and implementation.

The delegation apprised the Prime Minister of various matters relating to industries in Karachi and presented suggestions for promoting industrialization.

Issues relating to supply of gas to industries in Karachi, measures to stop the power theft, increase in exports and small and medium enterprises also came under discussion.