PML-N leading in Punjab with 952 seats, PPP maintains lead in Sindh with 844 seats 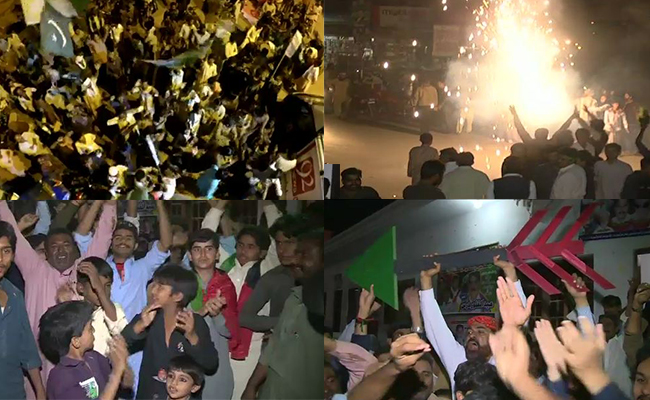 PML-N leading in Punjab with 952 seats, PPP maintains lead in Sindh with 844 seats

LAHORE/KARACHI (92 News) – Pakistan Muslim League-Nawaz (PML-N) and Pakistan People’s Party (PPP) have emerged as leading parties in the second phase of the Local Government elections in 12 districts of Punjab and 14 districts of Sindh. In Punjab, polling was held in Sargodha, Gujranwala, Sahiwal, Attock, Jhelum, Mianwali, Chiniot, Toba Tek Singh, Hafizabad, Mandi Bahauddin, Sheikhupura and Khanewal. According to unofficial results of more than 2035 out of 2399 seats have been received so far. PML-N leading with 952 seats, independent candidates 783, while PPP 12, Tehreek-e-Insaf 301, Jamaat-e-Islami 8 and others 13. Meanwhile, in Sindh, polling was held in Hyderabad, Tando Muhammad Khan, Tando Allayar, Matiari, Dadu, Jamshoro, Badin, Thatta, Sajawal, Shaheed Benazirabad, Nausharoferoz, Mirpurkhas, Umerkot and Tharparkhar. According to unofficial results of 1640 out of 1833 seats have been received so far. PPP secured 844, independent candidates 112, MQM 118, PML-N 61, Muslim League Functional 26, PTI 7 and other parties 30.