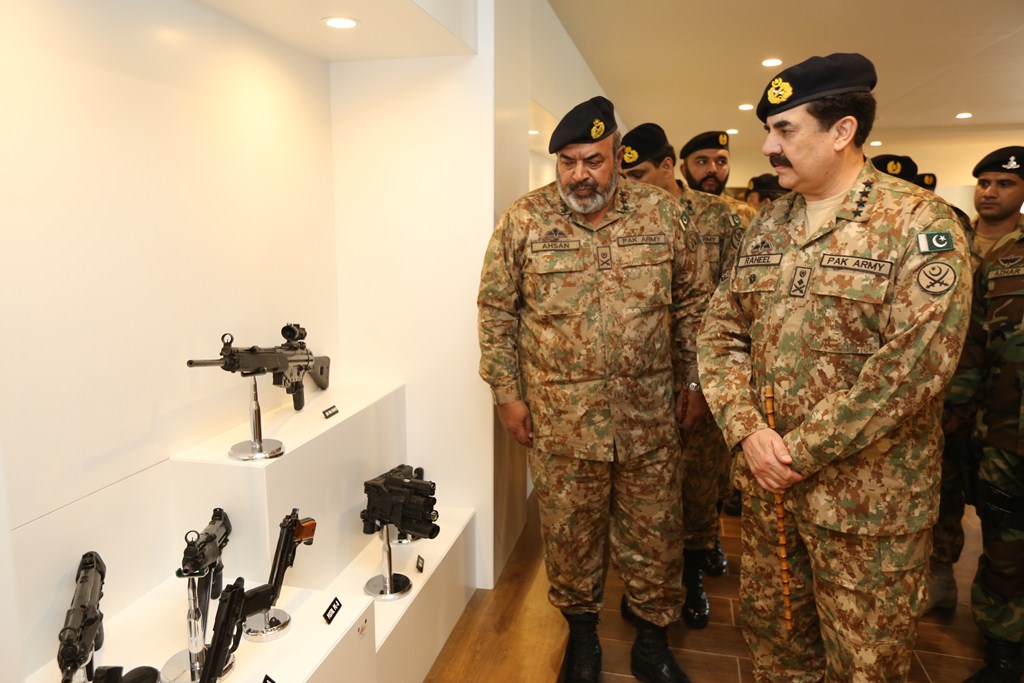 RAWALPINDI (92 News) - Chief of Army Staff General Raheel Sharif visited the Pakistan Ordnance Factories, Wah Cantt on Monday. According to the Inter Services Public Relations (ISPR), the COAS was given detailed briefing by Chairman POF Wah about performance of their chain of factories and future expansion plans till 2020. The envisaged modernization and increase in the production capacity will enhance standard of manufacturing and save foreign exchange, the Army Chief was told. COAS had a detailed visit of the manufacturing facilities. While addressing the management and staff, General Raheel Shairf said that POF is the premier defense industry of Pakistan making invaluable contributions to sustain combat worthiness of Pakistan Armed Forces. He appreciated POF efforts to meet total requirement of arms and ammunition for the ongoing operation Zarb-e-Azb. While appreciating the current management of POF for their dedication to optimize the output , COAS emphasized the need for technological upgradation and maximum indigenisation to attain total self reliance in the field of defense production.