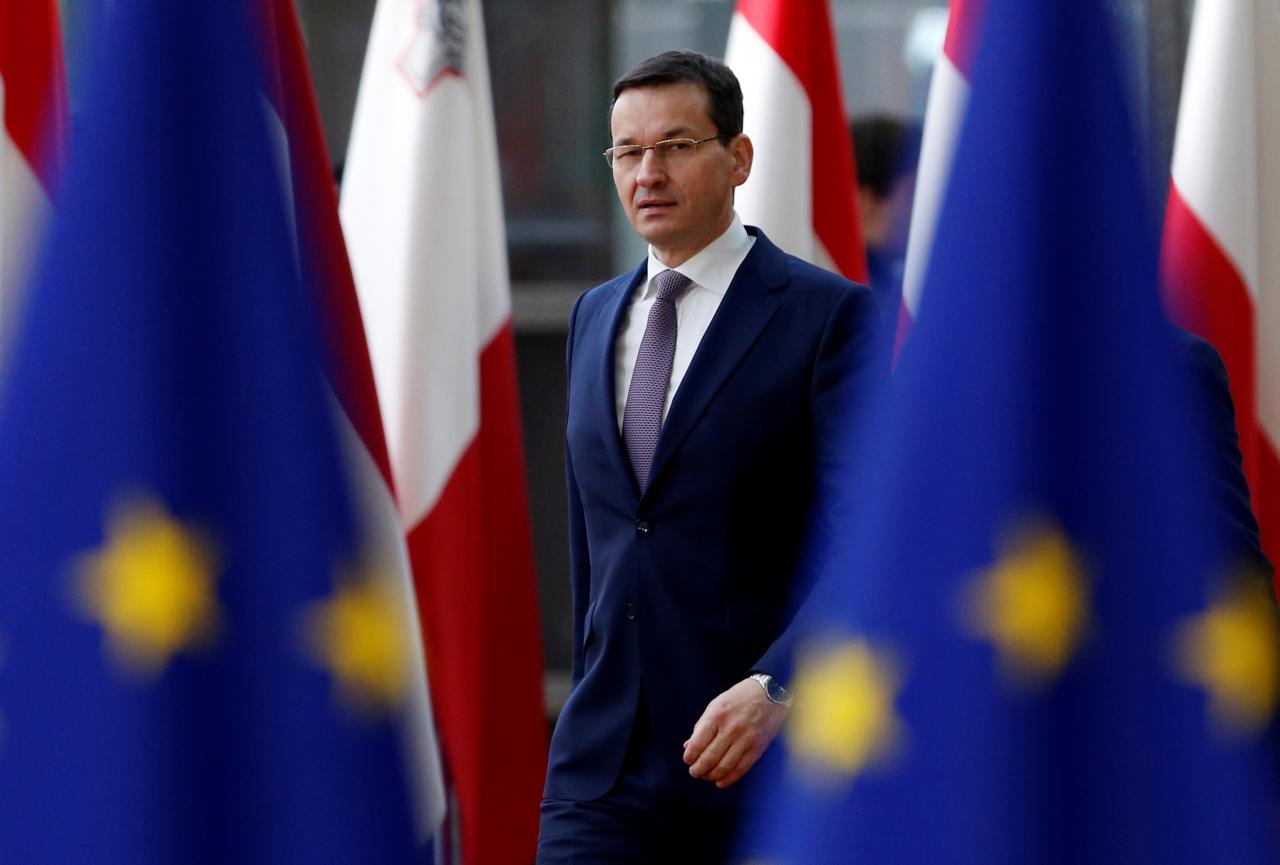 BRUSSELS (Reuters) - Poland has won a breathing space in its long-running battle with the European Union over the rule of law, pending the outcome of “sensitive talks” between Warsaw and Brussels, diplomats and officials say.

Poland’s nationalist ruling party, Law and Justice (PiS), is under fire from the executive European Commission, some Western countries and rights groups over its overhaul of the judicial system that critics say undermines democracy in the ex-communist country.

Warsaw is also at odds with the Commission over issues ranging from the conservation of an ancient forest to migration, but Prime Minister Mateusz Morawiecki has adopted a more conciliatory tone towards the EU since taking over in December.

“It’s not that the Poles are completely off the hook. But there are sensitive talks going on and they need more time,” one EU diplomat said.

“They are on a charm offensive. It won’t be enough if it’s just words, there will have to be real moves from Poland. But for now we are waiting to see where it takes us.”

The Commission said in December that the EU should take legal action against Poland under Article 7 of the EU treaty - which could theoretically lead to the country losing its voting rights - if it fails to reverse or modify its judicial reforms.

Poland faces a March 20 deadline to respond to the Commission’s recommendations and Warsaw has now signalled it might make some conciliatory adjustments to its legislation.

In a further effort to improve the mood music, Morawiecki’s government has said it will respect the final ruling of the EU’s top court in a case against Poland over excessive logging in Europe’s last remaining primeval forest, Bialowieza.

The deputy head of the Commission, Frans Timmermans, will brief other EU member states on the state of play in relations with Poland on Feb. 27, but they will delay taking any action until after the March 20 deadline.

Though embarrassed by the threat of ‘Article 7’ being invoked against it, Poland does not seriously have to worry about losing its voting rights as this would require unanimity among other member states and it can rely on support from its ally Hungary, which is waging its own battles with Brussels.

But Poland and Hungary are both increasingly worried by calls from wealthier western European countries to make respect for the bloc’s rules and standards on democracy and rule of law a precondition for receiving EU funds.

The Danish and Dutch prime ministers reiterated the importance of conditionality on Friday as they arrived in Brussels for talks on the EU’s next multi-year budget, especially as the bloc braces for a loss of funds with the exit of Britain, a net donor, from the Union in 2019.

Poland is currently the biggest beneficiary of EU funds, which are earmarked for infrastructure and other projects.

Asked about conditionality on Friday in Brussels, Morawiecki said the next EU budget should be based on a “healthy compromise”, adding: “We want (policies) that have so far worked well for Poland... to be continued.”

WASHINGTON (Reuters) - Donald Trump on Wednesday became the first president in U.S. history to be impeached twice, as 10 of his fellow Republicans joined Democrats in the House of Representatives to charge him with inciting an insurrection in last week’s violent rampage in the Capitol.

DUBLIN/TUAM, Ireland (Reuters) - Thousands of infants died in Irish homes for unmarried mothers and their offspring mostly run by the Catholic Church from the 1920s to the 1990s, an inquiry found on Tuesday, an “appalling” mortality rate that reflected brutal living conditions.

WASHINGTON (Reuters) - At least four Republicans said on Tuesday they would join Democrats in voting to impeach President Donald Trump over the attack on the US Capitol, as Vice President Mike Pence rejected calls to use a constitutional maneuver to oust him.