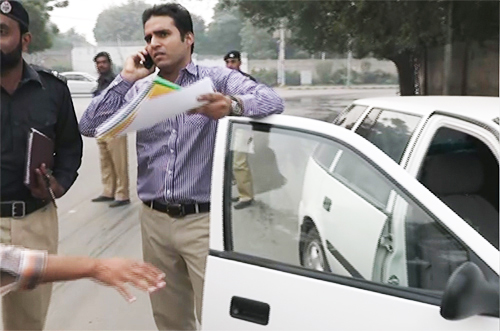 MULTAN (92 News) – Police have on Monday apprehended a man claimed to be a Member of the National Assembly of Pakistan (MNA), at a Multan check post. Ali Murtaza is a resident of Bhakkar and when police stopped him for checking he told himself MNA. According to police officials, Ali Murtaza was carrying fake documents of the vehicle and an outdated driving license. The registration plate, which was accompanied by a sticker read as MNA, was also found to be fake. Police arrested the fake MNA and shifted him to Cantt Police Station.