Polio spreading from Afghanistan into Pakistan: WHO 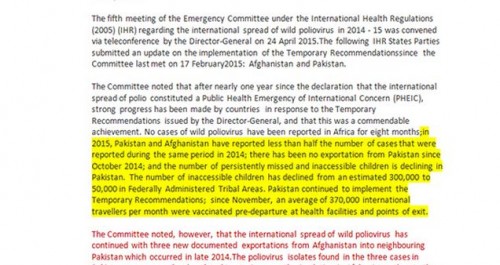 It said that Pakistani authorities will have to take stringent steps to remove itself from restrictions placed on travelling.