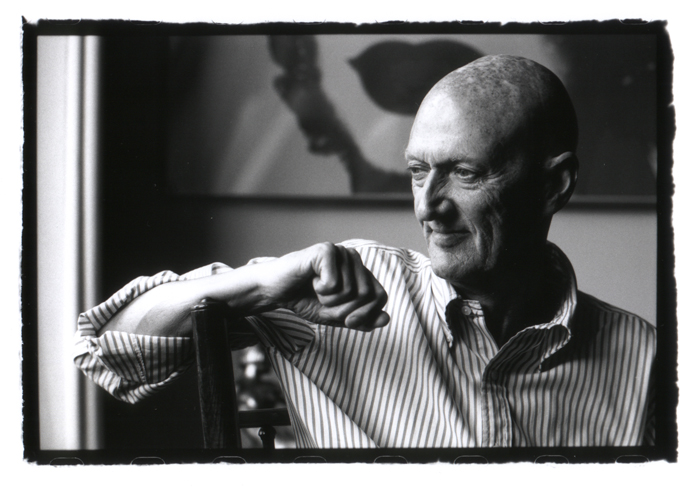 LONDON - British pop artist Allen Jones returns to the subject of supermodel Kate Moss in his latest exhibition in London, which once more puts the female form centre-stage in sculptures ranging from the hyper-realistic to the abstract. The 78-year-old artist has been exploring the female figure in his work for half a century, with some of his earlier pieces such as "Hatstand", "Table" and "Chair" provoking controversy for their sexual charge. "I'm totally uninterested in shocking people, I'm quite interested in shocking art," Jones said during a press preview for the "Colour Matters" exhibition. "Somehow or other, it became clear to me about 45 years ago that it was the figure that I was really preoccupied with, and depicting it and the relationships that figures can have with each other is ... basically my subject matter." Jones is also known for his 2013 work "Body Armour", a portrait of Moss wearing a body cast sculpture that he had made in 1978. He has also produced paintings and other sculptures of Moss, and the latest of them, "A Model Model", made of polished stainless steel and cast resin, features in this show. Jones said Moss had become his subject by accident. "I didn't choose Kate (Moss). A collector who was involved with Kate, and obsessed with her, really, chose me. "I was one of many artists who'd been asked to respond to Kate and I felt, since I spent my life painting the idealized female figure, that I'd be failing in my professional duty if I couldn't take on the challenge of painting one of the icons of our time." "The Blue Gymnast" is another hyper-realistic piece, but several of the other works on display are brightly coloured abstract pieces made from perspex that merely suggest a female figure. Over the past 40 years, Jones's work has been exhibited around the world, with a major retrospective at the Royal Academy in London last year. "Colour Matters" is on display at Marlborough Fine Art in London until Jan. 23. -Reuters