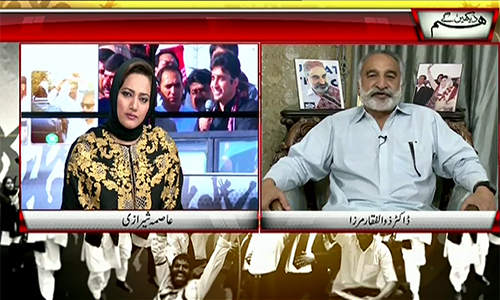 LAHORE (92 News) – The PPP estranged leader Zulfiqar Mirza has said that he likes PTI chairman Imran Khan and his style. In 92 News Program’s ‘Hum Dekhain Gaay’, he said that Imran Khan had contacted him on phone. He said that all these people were involved in the corruption amounting to billions of rupees. “I see the future of Asif Zardari in jail. He will be hanged,” he opined. Zulfiqar Mirza said that there would be anarchy if a deal was struck now and the people themselves would get justice. “I have not gone to Lyari. However, a contact has been made with Uzair Jan,” he said. He said that he would gain 90pc victory if rigging was not done. “The poor people are with me,” he added. The PPP estranged leader said that his war was against the Asif Zardari gang. “I will form another party if Bilawal did not leave his aunt and father,” he said.