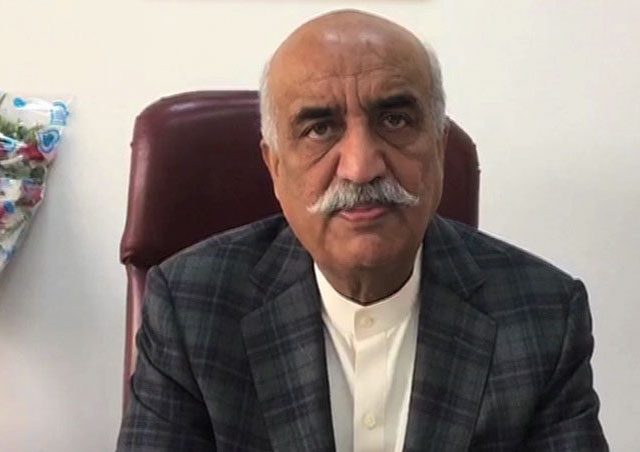 A three-member bench, headed by Justice Mushir Alam and comprising Justice Sardar Tariq Masood and Justice Aminud Din Khan, dismissed the petition after Shah’s counsel told the court that he wants to withdraw it.

He stated that his client would approach the Sindh High Court (SHC) to seek bail on the ground of delay in conclusion of trial and hardship. The SC bench instructed the SHC to decide the bail petition to be filed by Khursheed Shah within a month.

The PPP leader will now approach the Sindh High Court and apply for bail because of the delay in the trial. The top court has instructed the high court to give a verdict in one month.

Khursheed Shah was arrested in Islamabad on September 18, 2019. The case was filed against him over a year ago on charges of him having properties beyond his declared assets and more than he can justify with his income. NAB officials had filed the reference against 18 persons, including Shah, his wives, daughters, sons, and close aides, for the alleged misappropriation of Rs1.23 billion.