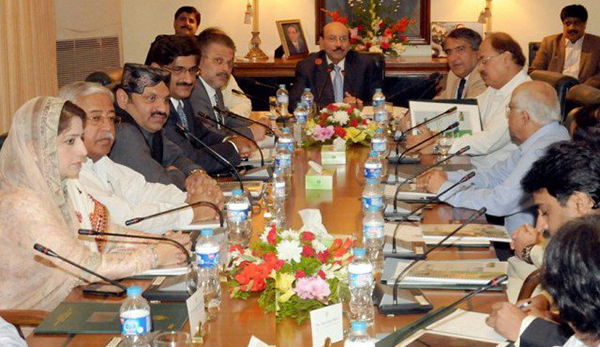 KARACHI (92 News) – Sindh Chief Minister Qaim Ali Shah has on Thursday approved yet another reshuffle of portfolios allocated to his ministers. Sindh cabinet is once again likely to undergo major reshuffle with a change in the portfolios of some of its ministers. Maula Bakhsh Chandio is expected to become advisor to Chief Minister Sindh, while it has been decided to take Information Department back from Nisar Khuhro. The decision to reshuffle the cabinet was taken during a meeting chaired by Pakistan People’s Party co-chairman Asif Zardari, held in Dubai. According to the decision taken during the meeting, former provincial minister for local government Nasir Shah will be awarded the food ministry, while Jam Khan Shoro will be given the portfolio of the local government and Rural Development and Public Health Engineering Department to Ayaz Butt. Mukesh Kumar Chawla will be given additional charge of the Minorities Affairs.