Addressing the ceremony, the President emphasized upon the cadets to vehemently continue pursuing quality education along with character grooming. He reiterated govt’s resolve to strengthen educational infrastructure in Balochistan. He congratulated Pakistan Navy for establishing Cadet College Ormara and lauded the efforts being made towards socio-economic and educational uplift of populace at Makran coast. 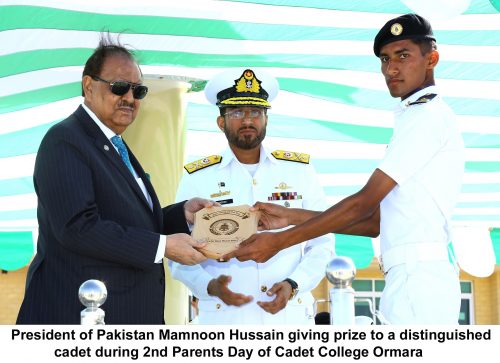 He also cited Pakistan Navy’s efforts for remaining proactive in welfare-oriented projects in the coastal belt. He added that establishment of such a premier institute at Ormara is a clear manifestation of Navy’s resolve towards improving education standard in coastal areas which is definitely commendable.

Mamnoon Hussain further emphasized that various developmental projects in Balochistan, including Gwadar port and the game-changer CPEC, will definitely help reduce unemployment and poverty in the province, but their benefits can only be harvested by educational uplift of the province. 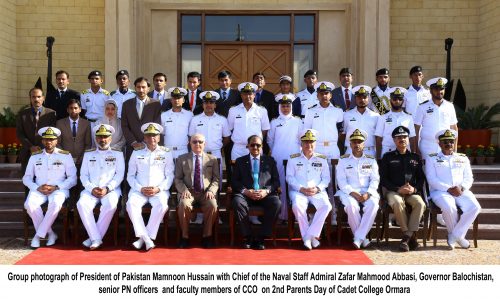 Earlier in his welcome address, Principal Cadet College Ormara, Cdre Masoodul Hasan expressed his gratitude to the chief guest and the parents for coming long way and gracing the occasion. He highlighted salient achievements of the college. The event was colorfully depicted by cadets’ PT, gymnastic, martial arts, rifle drill and science/ arts exhibition.

At the end, the President gave away the prizes to the prize winners for their brilliant performance in previous academic year. 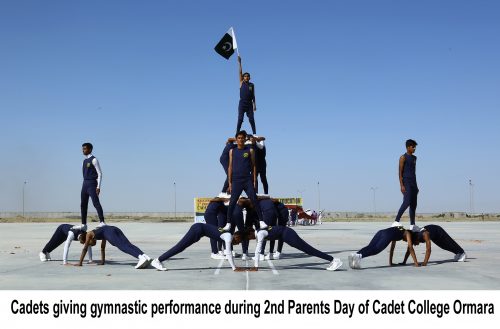 The ceremony was attended by a large number of government officials, service personnel and parents of the cadets.