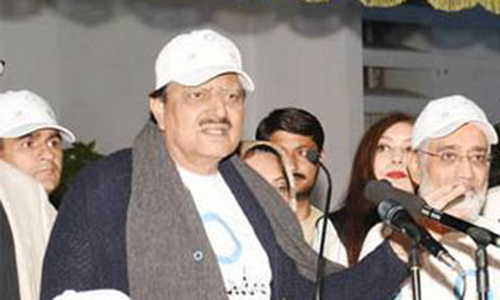 ISLAMABAD (92 News) – President Mamnoon Hussain has offered arbitration between Prime Minister Nawaz Sharif and PTI chairman Imran Khan. Talking to the media on Wednesday, he said that Prime Minister Nawaz Sharif often called on him, but Imran Khan never visited him. The President said that there was no threat of martial law. “Military and political leadership enjoys the best relations,” he said. He said that education, health and Metro Bus are essential for the masses. “I do not believe in the Nandipur and Metro Bus scandals,” he added.