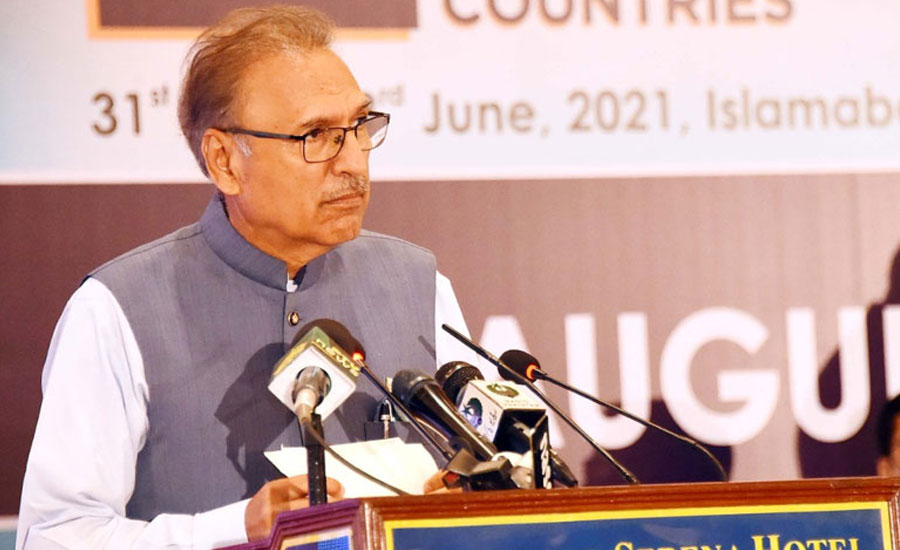 ISLAMABAD (92 News) - President Dr Arif Alvi has said that the Kashmiris and Palestinians are victims of atrocities as well as genocide.

President Alvi said while addressing the inaugural session of the General Conference of the Parliamentary Assembly of ECO in Islamabad. "The world was shown the side of Islam which is far from reality. We need to make the world aware of Islamophobia," he added.

The president also called upon the member countries of the ECO to develop a firm partnership to address the issues faced by them. He said the ECO countries should further improve their relations through trade, tourism and economic linkages.

He pointed out that China-Pakistan Economic Corridor (CPEC) is an excellent example of cooperation which will link the Central Asian States with the seas.

On the occasion, National Assembly (NA) Speaker Asad Qaiser said that Muslim countries must highlight the issue of Palestine in the true sense. "Participation of speakers and delegations of member countries in the ECO Conference," he added.