President urges religious scholars to ask people to get vaccinated 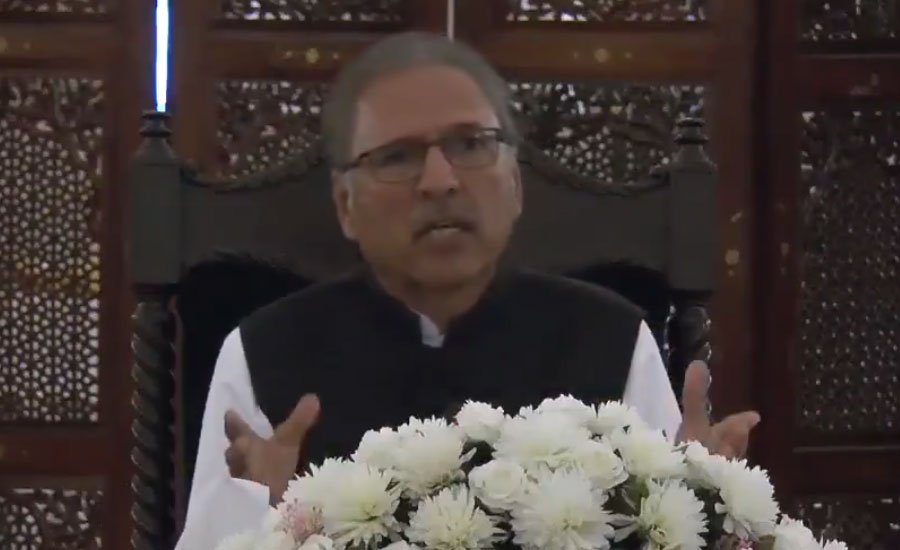 President urges religious scholars to ask people to get vaccinated

ISLAMABAD (92 News) - President Arif Alvi on Wednesday urged religious scholars to ask people to get themselves vaccinated during Friday prayers' sermons on Wednesday.

It is pertinent to mention here that the country aims at vaccinating 70 million people by the end of this year.

President Alvi said ulema have also expressed satisfaction over the vaccines being vaccinated in Pakistan. He added that the government had no plans on making dictated sermons mandatory.

On the other hand, the NCOC has decided to launch a nationwide mass vaccination campaign.

The mass vaccination campaign will be partnered with various public and will consist of three parts, while public awareness campaign would be spread through media.

According to the NCOC, improving the infrastructure of existing vaccination centers and increasing the production of PakVac will also be part of the mass vaccination campaign. In this regard, a target has been set to vaccinate 70 million citizens by the end of the year.

The drive purposes to reduce the impact of the disease so that business activities can continue with less restrictions.

Earlier on May 30, Minister for Planning and NCOC head Asad Umar said that Pakistan set a new record of most vaccinations in a day after nearly 400,000 people received COVID jabs.

In a tweet, the NCOC head said that over 383,000 people received Corona vaccination on Saturday, setting a new record of most vaccinations in a day.

“So far seven million people have been vaccinated in the country,” he said while sharing that number of people getting registered for the vaccination is also increasing day by day.

He said that so far 11.6 million people have registered themselves to receive COVID jabs.