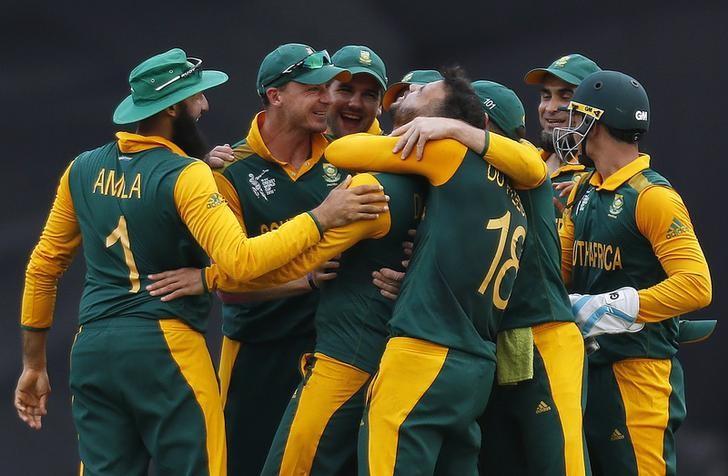 AUCKLAND – The Cricket World Cup semi-final between New Zealand and South Africa at Eden Park on Tuesday has more at stake than a first final for the winner. Both teams will hope to banish some unwanted baggage from the global showpiece that has dogged them for years. The Proteas have long worn the tag of cricket's ultimate chokers for repeated failures in the tournament's knock-out rounds. Their breakthrough quarter-final win over Sri Lanka, a first win in a knock-out match at the World Cup, will quickly be forgotten if defeated in Auckland. Like their opponents, New Zealand have never been further than the penultimate hurdle and want to prove themselves heavyweights, rather than merely the team that punches above its weight. The game will be New Zealand's seventh appearance in the semi-finals at the World Cup, and third in succession, while it is South Africa's fourth since their re-integration into global sporting competition following the end of the apartheid era. Lose and the stain of failure remains -- as was plainly spelled out for AB de Villiers' team by the country's sports minister Fikile Mbalula before the tournament. "We don't want you in the World Cup to add numbers and just become a bunch of losers," Mbalula said at the team's farewell function. Win and anything is possible for Sunday's final at the 100,000-seat Melbourne Cricket Ground, the end-point of a tournament that has seen the four best sides make the semi-finals. Australia and India clash in the second semi-final in Sydney on Thursday. South Africa entered the World Cup with the two best one-day batsmen in the world in De Villiers and Hashim Amla, a potent pace bowling attack, a wily leg spinner in Imran Tahir and a destructive middle order laden with all-rounders. Pre-tournament, South Africa vied with Australia as bookmakers' favourites to win, but slipped up twice in pool play, losing to India and Pakistan. Tellingly, both losses came after chasing totals. In the four other pool games they batted first and scored more than 330 runs each time, while twice passing 400. De Villiers and South Africa fans may well sweat on the toss. De Villiers said he would have 15 fit players to choose from, with swing bowler Vernon Philander having trained for the last two days at '100 percent'. "It's a difficult selection for us," De Villiers said. "There are a few boys who have put up their hands in the World Cup. "It's really difficult, especially after a win like that last one (against Sri Lanka)." New Zealand have been forced into at least one change, with fast bowler Adam Milne ruled out with a heel injury and Matt Henry brought into the squad. Selectors will need to decide whether to go with Henry in a 'like for like' selection or choose from original squad members Kyle Mills or Mitchell McClenaghan in their pace attack. Captain Brendon McCullum was confident whoever selected would slot into a side that has had contributors across the board in their seven victories. "Whoever gets the nod, we've got full confidence they will be able to go out there and perform their skills and fit into the game plan appropriately," McCullum said. "I think tomorrow will be a great spectacle and I expect the team that is able to handle the crunch situations the best will come out on top." –Reuters