The prime minister condemned the attacks on Saudi oil installations.

Prime Minister also met Pakistani personalities living in Saudi Arabia. He said that he wanted to apprise Saudi leadership of the situation in Occupied Kashmir before attending the United Nation. “The world has accepted our narrative and Kashmir has become an international issue,” he said. 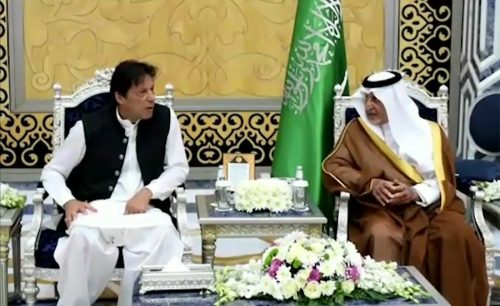 Adviser to PM on Finance Abdul Hafeez Shaikh was also present in the meeting. They discussed the matter of bilateral relations. The Makkah governor said that the Pak-Saudi relations are established on strong foundations. 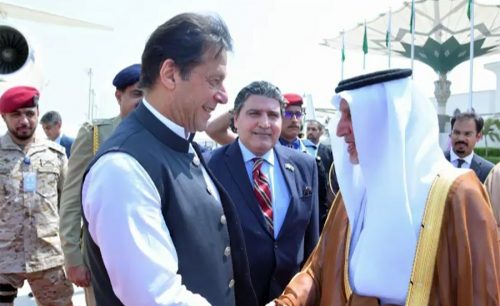 Astatement issued from his office said that PM Imran Khan will visit Saudi Arabia on 19th and 20th of September before proceeding to New York to attend the 74th Session of the United Nations General Assembly (UNGA).

The statement stated that PM Khan has been in regular contact on the Kashmir issue with Crown Prince Mohamed bin Salman.

“Since the visit to Pakistan by Mohamed bin Salman in February 2019, there is a growing momentum in Pakistan-Saudi Arabia relations in all areas of cooperation,” it added.

During the PM’s visit, the two sides will discuss ways of further strengthening the economic partnership between Pakistan and Saudi Arabia.

The prime minister’s visit to Saudi Arabia will further reinforce the close fraternal ties between the two countries and deepen bilateral cooperation in diverse fields.

PM Imran apprised MBS about the latest situation in the occupied valley, entire lockdown and Indian aggression on innocent Kashmiris, according to Saudi Press Agency (SPA).

The Saudi crown prince stressed upon the implementation on the United Nations resolutions to resolve core issue of Kashmir, a longstanding dispute between Pakistan and India. On August 20, both leaders had telephonic conversation over the Kashmir situation.