We allocate funds to protect environment with a great difficulty: PM Imran Khan 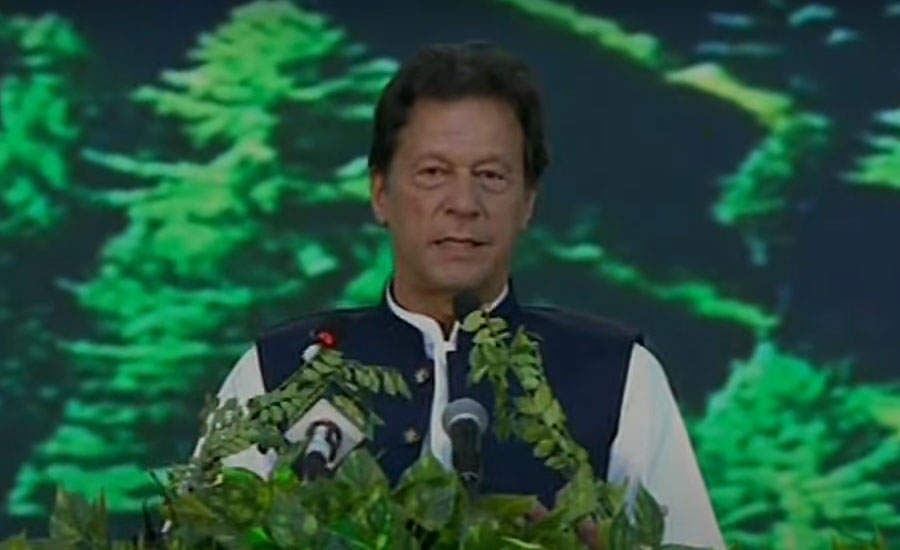 We allocate funds to protect environment with a great difficulty: PM Imran Khan

ISLAMABAD (92 News) – Prime Minister Imran Khan has said that the world is being affected by the global warming.

Addressing the main ceremony of International Environment Day on Saturday, he said that the world would have to pay a heavy price if environment was not looked after.

"We allocate funds to protect environment with a great difficulty. The remaining money is very meagre," he added.

The prime minister said that a half of the tax money is spent to pay off loans installments. "A mega problem of water is impending. One of the provinces is complaining of water theft and says it is receiving less water," he maintained.

"The world knows that Pakistan is the only country which cares for the next generations. We cannot succeed until the entire nation feels it," he maintained.

He urged the rich countries to provide funds to developing countries like Pakistan to fight global warming and improve the ecosystem. "The United Nations Decade on Ecosystem Restoration is an opportunity for the world to do the course correction and work towards meeting the carbon emission cut targets," he maintained.

Speaking on the occasion, Special Assistant to the Prime Minister on Climate Change Amin Aslam said that their environment protection initiatives had so far provided 85,000 jobs to the people. "This year there will be an addition of 200,000 more jobs," he added.