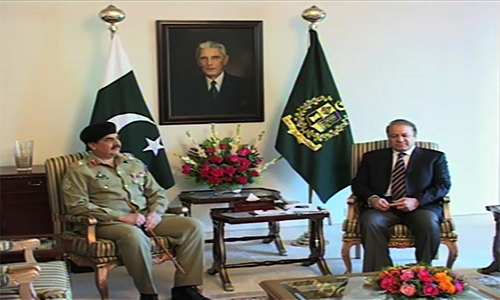 ISLAMABAD (92 News) – Prime Minister Nawaz Sharif discussed the recent statement of Afghan President Ashraf Ghani with Chief of Army Staff General Raheel Sharif and DG ISI. They also talked about peace talks between Afghan government and Taliban. Sources said that a high-level delegation would soon visit Afghanistan to reduce tension between both countries. They added that diplomatic sources would be utilized for better relations with Afghanistan.