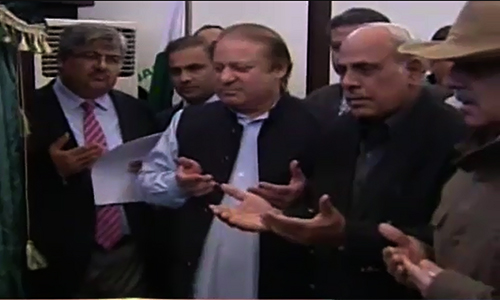 KASUR (92 News) – Prime Minister Nawaz Sharif laid the foundation stone of the Balloki Power Plant project on Tuesday. Speaking on the occasion, he said that the Rs 93 billion project would cost only Rs 55 billion. “I have never witnessed such saving and transparency,” he said. The prime minister said that the project generating more electricity with less fuel would start production in 2017. He held the sit-ins responsible for a delay in the projects. “There should be accountability of people hampering progress,” he said. He also announced to lay the foundation stone of Lahore-Multan Motorway next week.