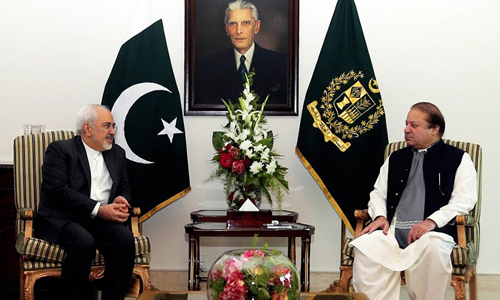 ISLAMABAD (92 News) – Prime Minister Nawaz Sharif has met with the Iranian Foreign Minister Javad Zarif on Thursday. Both leaders discussed regional security, bilateral relations and enhancing cooperation in different fields. Iran-Pakistan gas pipeline project also came under discussion during the meeting. The leaders also discussed matters relating to the cross border terrorism and they agreed to cooperate on terrorism. They further discussed the peace talks between Afghan government and Taliban.