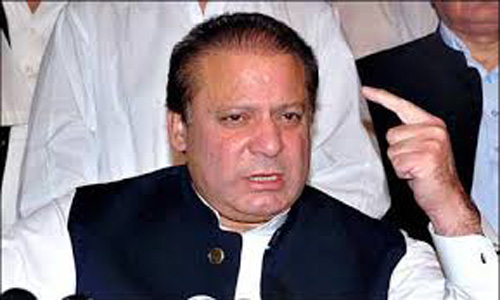 ISLAMABAD (92 News) - Prime Minister Nawaz Sharif has said that all political parties were taken into confidence before the Karachi operation. Talking to MNAs on Thursday, he said that there is no justification for anyone to keep illegal weapons. He said that the situation in Karachi has improved after the Karachi operation. “The problems continuing for several years cannot be fixed immediately,” he added. The prime minister said that the government’s objective is to establish peace and stability in the economic hub of the country. “The PML-N leadership takes all political parties into confidence over political affairs.” Nawaz Sharif said that the culprits involved in heinous crimes will be brought to justice.