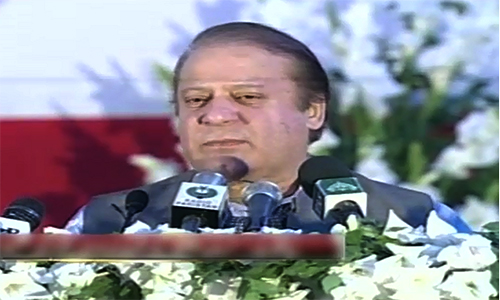 SIALKOT/LODHRAN (92 News) – Prime Minister Nawaz Sharif has vowed to end loadshedding by 2018. Addressing a gathering in Sialkot on Friday, he said that terrorists will also be eliminated. He announced Motorway for Sialkot. “I love Sialkot very much. It earns Rs 200 billion annually. I will serve Sialkot as much as I can,” he maintained. Later, he distributed compensatory cheques among farmers. Earlier in Lodhran, he announced projects worth Rs 2.5 billion. He said that an agriculture university will be established, while flyovers will be constructed in the area. He also distributed cheques among farmers.