LAHORE (92 News) – Duke and Duchess of Cambridge Prince William and Kate Middleton has arrived in Lahore on Thursday. 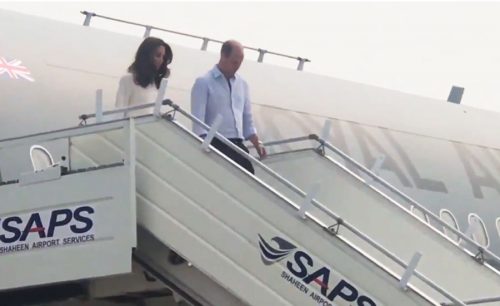 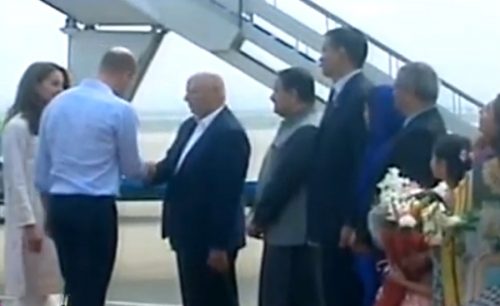 On their fourth day in Pakistan includes visits to the SOS Children’s Village, Shaukat Khanum Memorial Cancer Hospital and Research Centre, the National Cricket Academy and the Badshahi Mosque.

The duchess is also expected to deliver her first address in Pakistan today.

All arrangements have been finalized to accord a rousing welcome to the royal couple who reached the city at 12am. Entire route of Royal visitors have been decorated with colorful welcoming banners and flags of both UK and Pakistan.

Today The Duke and Duchess of Cambridge will visit the bustling city of Lahore, known widely across Pakistan as the country’s city of culture!@UKinPakistan #RoyalVisitPakistan pic.twitter.com/c9xqrOiQUw

The Duke and Duchess of Cambridge will reach Badshahi Mosque at 3pm. They will attend a ceremony at Shaukat Khanum Hospital.

On Wednesday, Prince William and Kate Middleton visited Kalash Valley during his visit to Chitral. On arrival, they were received by area notables and high-ranking officials.

Both of them were wearing the traditional Chitrali cap and cloak on the occasion. They reviewed damages occurred by the floods in Chitral and impact of climate change on melting of glaciers.

They were briefed about the impact of global warming as they visited a village in Bamboret Valley of Kalash area, where residential huts and a military mess were destroyed in the 2015 flash flood.

Prince William and Kate visited the Kalash Community Centre amid a warm welcome by the traditionally-clad young boys and girls, who cheered the dignitaries by presenting a group dance to the beat of drums.

The Duchess, who donned the traditional brightly-coloured beaded cap with fuchsia plume, interacted with the young Kalash – members of a 3,000-year-old civilization.