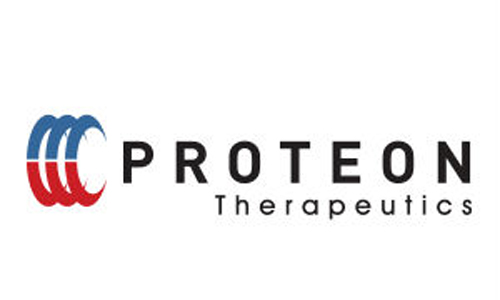 MASSACHUSSETS - Proteon Therapeutics Inc said on Tuesday that its experimental chronic kidney disease drug failed to meet the main goal in a late-stage study, sending its shares plunging about 75 percent to hit a record low. The company's sole drug, vonapanitase, is being tested against a placebo in patients on or expecting to undergo dialysis after the creation of a radiocephalic arteriovenous fistula. Proteon is also testing the drug in another ongoing late-stage study. The disappointing results do not bode well for data from the second late-stage study, expected to be revealed in the second quarter of 2018, Baird Equity Research analysts said, downgrading the stock to "neutral" and slashing their price target to $3 from $20. The two studies are designed to evaluate whether a single 30 microgram dose of vonapanitase can improve the period of time during which a fistula remains open with adequate blood flow to enable dialysis, Proteon said. Surgical intervention is necessary to create the fistula, typically in the wrist, to facilitate a direct connection between an artery and a vein. The vein enlarges over a period of time because arterial blood is now flowing through the vein at a higher pressure.
When dialysis is required, needles are inserted into the vein and connected to a dialysis machine. Patients with a fistula have a better chance of surviving renal failure.
Blood vessel blockages in a patient's fistula are a leading cause of corrective procedures and death. Data from secondary and tertiary goals is encouraging, the company said. Vonapanitase is also being evaluated for use in peripheral artery disease, and Proteon has another drug in the preclinical stage of development. The Waltham, Massachusetts-based drug developer's stock fell as much as 75.25 percent to $2.45 in Tuesday morning trade. Up to Monday's close, Proteon shares had lost about 36 percent of their value since the start of the year. -Reuters