It is pertinent to mention here that the police said that children were murdered after being sexually assaulted.

According to the details garnered, a wave of shock and terror gripped Chunian when the police recovered the children bodies. Infuriated protestors attacked the police station with sticks and pelted stones at the premises.

The demonstrators demanded the arrest of the murderers. The post-mortem report of one child confirmed he had been raped before being murdered.

The protesters also burned tyres at roads and chanted slogans against police to express their anger and disappointment over the department’s failure in safe return of the missing children. 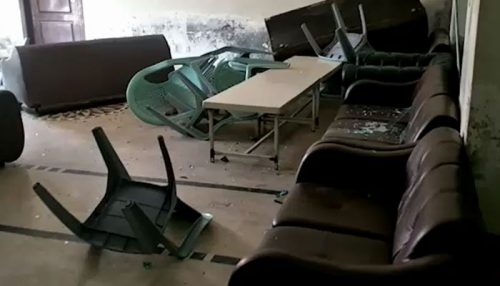 The protestors attacked on the petrol pump and guest house (Deera) of PML-N MPA Sheikh Allauddin and also surrounded the vehicles of sitting MPA. 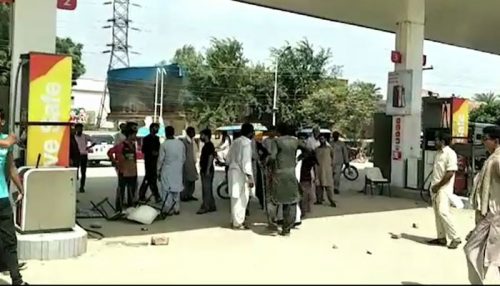 Four children between eight to 12 years of age had gone missing in Chunian since June with the latest, Faizan, 8, was disappeared on Monday night. On Tuesday, police was informed about a body in a ditch. Later, the police also recovered remains of two more minors from the sand dunes.

Locals suspected a gang was behind the killing of minor boys after rape. After the tragic incident, the traders association of Chunian had today given call for strike to protest against the incident.

The area was deserted and business centres were closed to mourn killing of the children.

Inspector General Punjab Police Arif Nawaz Khan said that many individuals are being investigated with regards to the incident, adding that three different investigation teams are working in Chunian.

The inspector general said that the PFSA will conduct a DNA test of the three minors and it will be matched the DNA of the suspects.

Khan said he was getting constant updates on the case and added that an example would be made out of the suspects.

Punjab Chief Minister Usman Buzdar also took notice of the incident and sought a report from the inspector general of police. He also demanded the killers be traced at the earliest.

Four children — aged between eight and 12 years — had been missing since June with 8-year-old Faizan disappearing on Monday night. 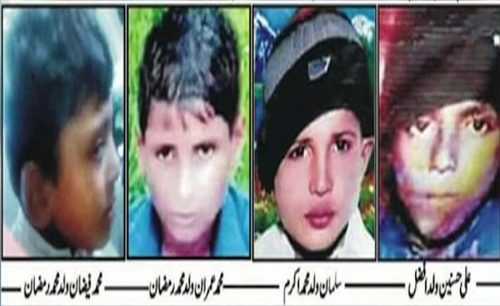 One of the bodies was identified as that of Faizan, while the remains were believed to be of Ali and Suleman. Police are yet to find any clue about Imran’s whereabouts.

In a post-mortem report dated Sept 17, Medical Officer THO Hospital Chunian, Zuhaib Abid gave his opinion on the cause of Faizan’s death.