LAHORE: Protests against twin blasts that rocked two churches in Yuhannabad area of Lahore continued on the second day in different cities across the country, 92 News reported on Monday.

Faisalabad: The Christian community demonstrated protests in several parts of the city including Milat road, Jhang road and District Cousil Square blocking the roads for traffic and forced shut the shops in the vicinity. Those who tried to force their way were dealt with brutally.

Gujranwala: The protestors rallied on the GT road, blocking it for traffic for several hours.

Bahawalpur: The protestors staged a rally in solidarity with the victims of the blast and the called for the arrest and conviction of the aiders and abettors of the incident. They also demanded the government to ensure safety of the minorities.

Sheikhupura: The protestors staged the protest outside the press club, chanting slogans against the government. They were holding placards demanding swift action against the culprits. 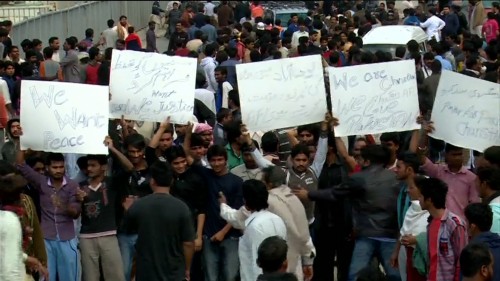 Meanwhile, the Governments of Punjab and Sindh are observing Day of Mourning in solidarity with the Christian community, whereas Lahore will observe it for three days. – 92 News