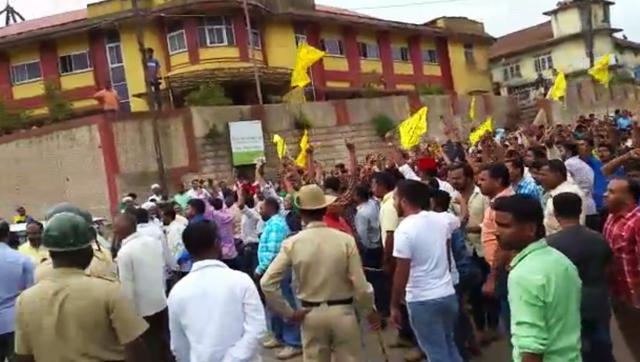 KARNATAKA (92 News) – Tipu Sultan's birth anniversary took an ugly turn on Tuesday after a Vishwa Hindu Parishad (VHP) activist DS Kuttappa was allegedly killed while several others injured during series of clashes across Karnataka. Clashes erupted after supporters of right wing groups protested against the government's decision to celebrate Tipu Sultan Jayanti on Tuesday. Several groups had turned violent during the protests and threw stones at each other. Situation worsens following the killing of Kuttappa in Madikeri. He was a well known personality in the town and was allegedly hacked to death when one of the groups identified him as a VHP leader. Reacting over the incidents, Karnataka Chief Minister Siddaramaiah said, "There is no evidence that Tipu Sultan used to convert people. If he was against Hindus, he wouldn't have protected all of us. He protected many known temples across Karnataka. He was the best patriot and loved his land". Karnataka state home minister Dr G Parameshwar said, "It is unfortunate that one person has died. Some people are trying to polarise people in the society. When the government has decided to celebrate Tipu Sultan's birthday then they should corporate. They are doing a hate politics and I would like to appeal the protestors to maintain law and order situation in the state. We have consciously taken a decision and request the communal forces to co-operate with us. We will not tolerate this".