LAHORE (92 News) – The fourth edition of Pakistan Super League (PSL) begins on February 14 in the UAE.

The PSL fever is shrouding in the souls of cricket fans as the fans are ready to enjoy mega event across the country. The cricket lovers are excited to watch the mega event. All the cities are prepared for the mega event of the PSL 4 2019.

The PSL has become the renowned league all over the world in the short span of time. The opening event would be celebrated in Dubai on February 14. However, the preparations for the PSL continued in the National Stadium Karachi

The final is to be played in Karachi on March 17. The good news is that eight matches of the tournament will be played in Pakistan. Last year only Elimination matches and the final were played in Lahore and Karachi, respectively.

The first season was played entirely in the UAE. The matches of the fourth edition will be played at four venues: Dubai, Sharjah, Lahore, and Karachi. Defending champions Islamabad Unitedwill begin their title defence against LahoreQalandars in the tournament opener. Islamabad were the ones who won the first edition.

The second was won by Peshawar Zalmi. Pakistani cricket fans must be excited to watch leading international players, including AB de Villiers, Darren Sammy, Luke Ronchi, Kieron Pollard, Colin Munro, Corey Anderson, and Andre Russell in action on their soil. Besides the attraction of financial rewards, it is the manner inwhich foreign players are treated here which makes foreign players choose to appear in the PSL.

People clicked selfieswith the cricketer. The all-rounder was gifted a Peshawari chappal on the occasion as well. Bangladesh and Peshawar Zalmi opener Tamim Iqbal believes PSL has the potential to grow bigger than the Big Bash League (BBL) and become the second biggest T20 tournament in the world.

The tickets for the 4th edition of Pakistan Super League (PSL) 2019 matches in Sharjah and Abu Dhabi are now available online.

As per details, the tickets for PSL are available on www.q-tickets.com, the Pakistan Cricket Board’s (PCB) official website for the tournament announced on Tuesday. 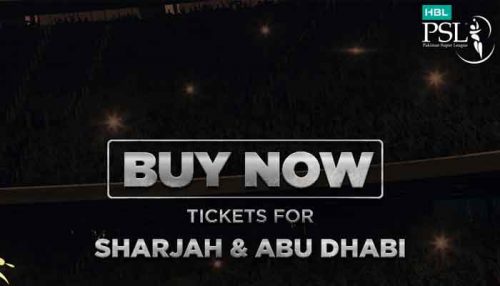 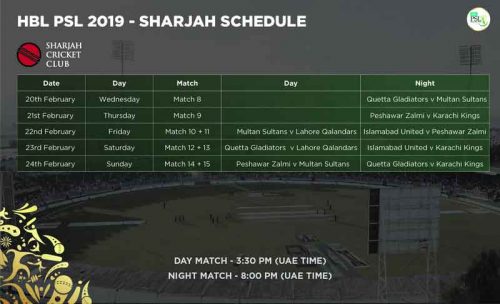 The first match in Sharjah will be played at the Sharjah Cricket Stadium on Wednesday, Feb 20, between Quetta Gladiators and Multan Sultans at 9pm (PST). Sharjah crowd favourite Peshawar Zalmi will take on Karachi Kings on Thursday, Feb 21, at the same time followed by a double-header on Friday, Feb, 22. 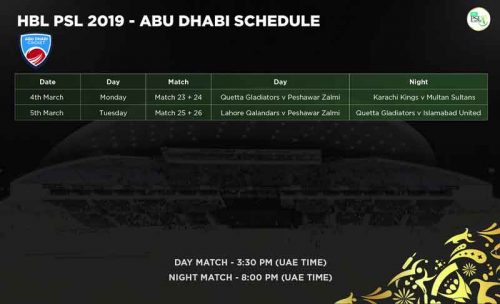