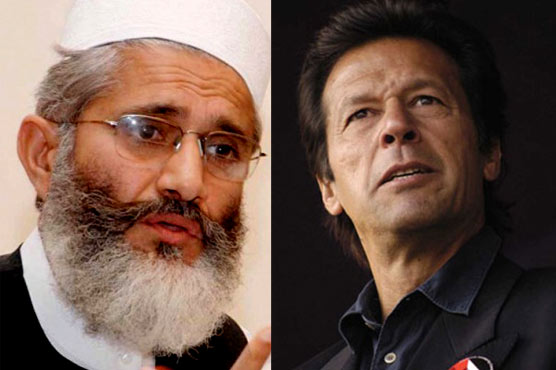 KARACHI (92 News) – With the rumors of differences between Pakistan Tehreek-e-Insaf (PTI) and Jamaat-e-Islami (JI) becoming reality, the JI chief Sirajul Haq has denied reports but the PTI chairman Imran Khan has admitted the misunderstandings between the two parties.

The rumors of differences between the PTI and JI had already been circulating but a joint rally of both parties was organized.

Talking to 92 News, Sirajul Haq denied any differences between the two parties and said that the PTI chairman was with them till the end of the rally.

Sirajul Haq said that the people of Karachi wanted change but this change could only come through vote.

Answering a question, he again criticized the Election Commission and said that even the ECP could not complete its responsibilities in 1970 which created differences that leads to Marshal Law in the country.

The JI chief further demanded the Rangers be deputed in the local government elections.