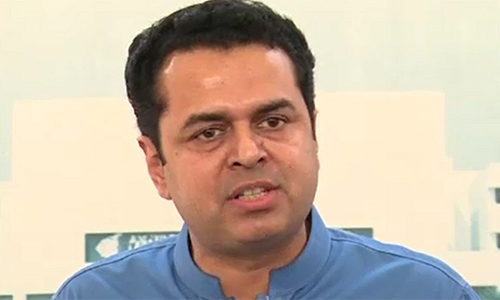 LAHORE (92 News) – Pakistan Muslim League-Nawaz (PML-N) leader Talal Chaudhry has on Sunday said that Pakistan Tehreek-e-Insaf chairman Imran Khan, who is filing applications against Kisan Package, should not talk about farmers rights. The PML leader said that the PTI chairman’s political container has shattered in local government elections, adding that he has already lost seats in Mianwali and Lahore. Talal Chaudhry said that the PTI cannot make the people foolish by using plaque on former government’s projects.