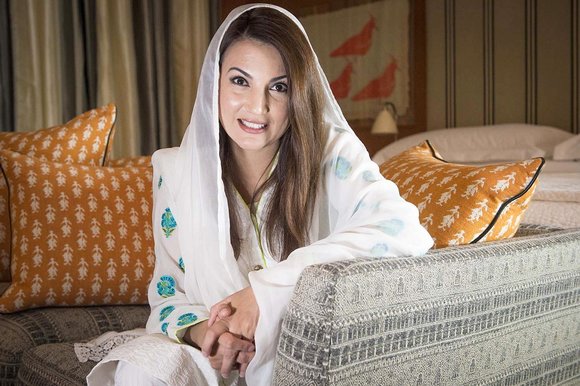 LONDON (92 News) – Former BBC weather presenter and ex-wife of Pakistan Tehreek-e-Insaf chief Imran Khan, Reham Khan has revealed that her marriage to Pakistan’s most famous man has been a “painful” and “disturbing experience” during which she has been accused of “hitting” him, “poisoning him with rat poison” and being an “MI6 spy”. In an interview published in the British newspaper Sunday Times, Reham Khan said that she thought Imran Khan was in love with her but it was not true and she was left defenseless against the media criticism. “My marriage with Imran Khan was a painful and distressing experience,” she said. She said that she has been the victim of a “witch-hunt”. It has been an example of “here is a woman”, let’s “demonise her”, “vilify her” and “burn her at the stake”. She is giving this, her only­interview, because she says no one else has come forward and defended her against these claims. Former BBC presenter said that her marriage with the cricketer-turned politician was not registered anywhere in Pakistan or Britain, adding that one of close aides of Imran Khan even said that he only wanted me to cook in the kitchen. Commenting on the personal life of Imran Khan, the TV journalist said that it is difficult to live with the PTI chairman, adding that he is not romantic. “Imran Khan did not even give me my marriage ring,” Reham said. “Imran likes to talk about politics every time.” Reham further said that Imran did not care how he looked when he stepped out of the house.