PTI protests against Metro train, demands money to be spent on basic necessities 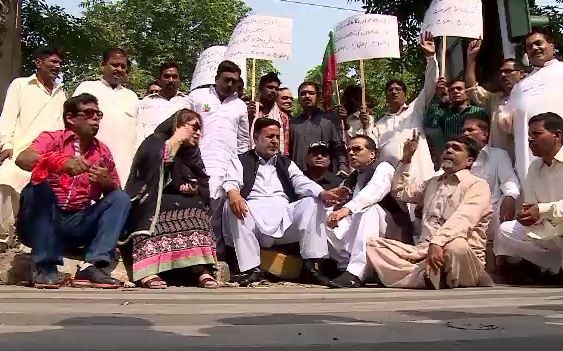 PTI protests against Metro train, demands money to be spent on basic necessities

LAHORE (92 News) – Pakistan Tehreek-e-Insaf has on Friday held a protest demonstration and sit-in at the Mall Road against the construction of Orange Line train. The PTI leaders and workers under the leadership of Opposition leader in the Provincial Assembly Mian Mahmoodur Rashid staged a protest and sit-in at the Mall Road. The protesters were carrying banners and placards against Metro train. Addressing the protesters, Mian Mahmoodur Rashid declared the metro train faulty and rejected the project. He said that it is the height of irresponsibility that the government is cutting the roads that were constructed with billions of rupees. He said that the PTI demands the budget proposed for the metro train should be spent on the basic necessities of the people like education, health, unemployment and other sectors.