SAN JUAN (Web Desk) – Thousands of protesters marched in Puerto Rico for a fifth day on Wednesday demanding the resignation of Governor Ricardo Rossello, following corruption accusations and the leak of text chats in which he made sexist and homophobic remarks.

To the chant of “Ricky, renuncia!” (“Ricky, resign!”) large crowds gathered in the capital San Juan clamouring for Rossello to leave office – which he is refusing to do.

“Not just me, but many Puerto Ricans will hit the streets to demonstrate for what is correct,” rapper Martinez told the Spanish-language Telemundo network before heading to the march.

Police fired tear gas at the crowd on Monday after a fire broke out near the government headquarters. Five protesters were arrested. 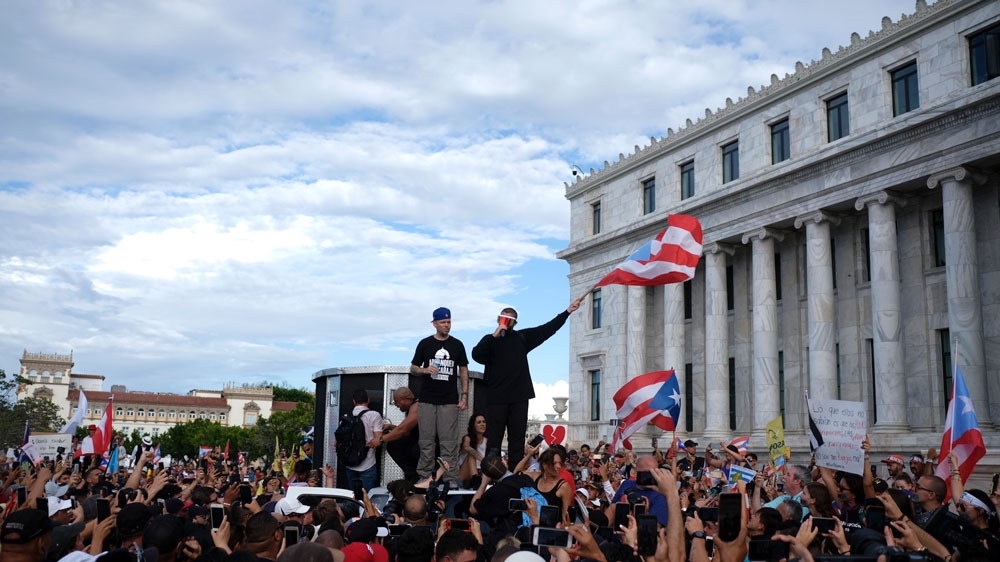 The Caribbean island of Puerto Rico is a territory of the United States and residents are American citizens, but it does not have the same congressional representation accorded to states.

Rossello is under pressure after US federal agents arrested contractors and government officials, including former Education Secretary Julia Keleher, on corruption charges.

The protests erupted after the Center for Investigative Journalism on Saturday released 889 pages of text chats on the encrypted messaging app Telegram in which Rossello and 12 other male administration members criticise officials, politicians and journalists.

They shared memes, jokes and crude sexual insults, according to the Center and an excerpt published by local daily El Nuevo Dia.

Martin, of Livin’ la Vida Loca and She Bangs fame, vented his fury in a video posted on Twitter.

Demonstrators are also angry over Rossello’s handling of the Hurricane Maria emergency in 2017, which left nearly 3,000 dead, and the island in financial crisis.

Some stores near the government headquarters nailed wood planks over their windows anticipating unrest.