Addressing traders at Lahore Chamber of Commerce and Industry, the CM said that he had directed the departments concerned to immediately reach Hafeez Centre and supervise the rescue operation. "The government will provide soft loans to 207 affectees in collaboration with the Punjab Bank to help resume their businesses. Around Rs 1.6 billion will be given as a subsidy of mark-up," he continued.

The CM reiterated that the PTI government had solved traders' problems on a priority basis adding that he is in continuous contact with the businessmen. He stated the Punjab government is establishing 13 special economic zones and work has started in Faisalabad and Lahore, while the foundation stone will be soon laid in Bahawalpur and Muzaffargarh.

"The government has also launched the Punjab Rozgar Scheme to provide soft loans worth Rs 30 billion. Along with it, the government gave a tax relief package of Rs 56 billion, including direct tax relief of Rs 18 billion, to the business community during corona and rate of taxes was sufficiently decreased on 20 different services," he said.

Usman Buzdar said that the sales tax ratio had been decreased from 16 per cent to zero on 13 sectors affected by corona and stamp duty has been decreased from 5 per cent to one per cent. He assured that meaningful steps will be taken to overcome Hafeez Centre fire like incidents in future and rescue 1122 will be provided more resources. Rehabilitation of affectees is a priority. "I appreciate the administration and Rescue 1122 for their hard work. The restoration process of traders will be accelerated," the CM assured.

Finance Minister Hashim Jawan Bakht stated that the CM had directed to give priority to the relief package and it has been finalized in collaboration with the Bank of Punjab. "The government will continue to work for the welfare of the traders," he added.

LCCI president Mian Tariq Misbahur Rehman thanked the CM for his all-out support, adding that police and administration are fully cooperating with them. "Usman Buzdar has won our hearts by giving this relief package," he added. Traders Fayyaz Butt and Malik Kaleem thanked the CM for providing financial relief to the affectees. Provincial Minister Fayyaz ul Hassan Chohan, secretaries of finance, industries and information departments and BOP president were also present. 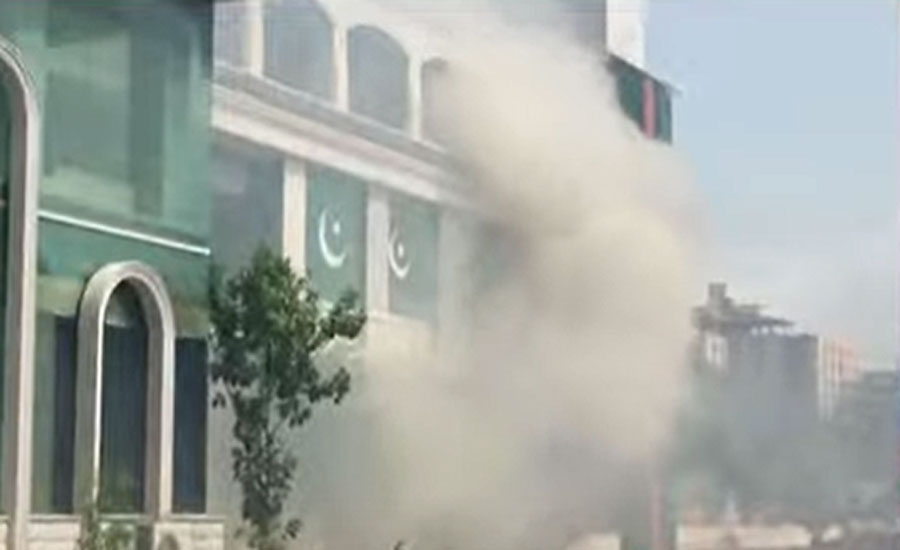 KARACHI (92 News) - A fire erupted at the offices of the Bilawal House media cell in Karachi's Clifton on Friday.

GUJARAT (Reuters) – At least 18 people, including two healthcare workers were killed in a fire at a COVID-19 hospital in the western Indian state of Gujarat late on Friday night, officials said on Saturday, in the country's latest deadly hospital accident.

Those dreaming to topple govt have themselves fallen: Punjab CM Usman Buzdar

LAHORE (92 News) – Punjab Chief Minister Sardar Usman Buzdar has said that those dreaming to topple the government have themselves fallen.

KARACHI (92 News) — A fire broke out at a at a furniture market in Karachi's Liaquatabad Tuesday morning.

DUBAI (Reuters) - Yemen’s Iran-aligned Houthis said on Friday they had attacked Saudi energy and military sites with 18 armed drones, and the kingdom’s energy ministry reported that a projectile had struck a petroleum products distribution station, causing a fire.

MUMBAI (Reuters) – At least six people died in a fire that engulfed a mall housing a hospital that treated coronavirus patients in Mumbai, authorities said on Friday.