LAHORE (92 News) – The incumbent Punjab government on Sunday made massive transfers at large scale in the police department.

As per the details, as many as 36 police officers including deputy inspector general of police (DIG) and superintendent of police (SP) in different regions have been transferred across Punjab. Punjab Inspector General of Police (IGP) Amjad Javed Saleemi issued the orders of transfers. 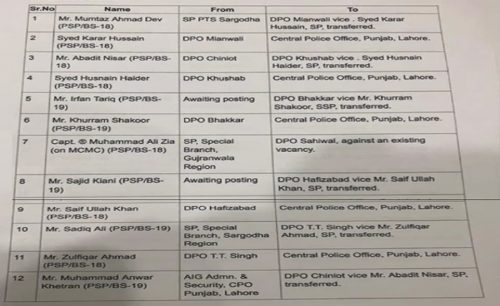 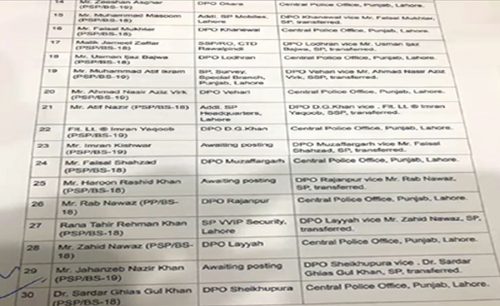 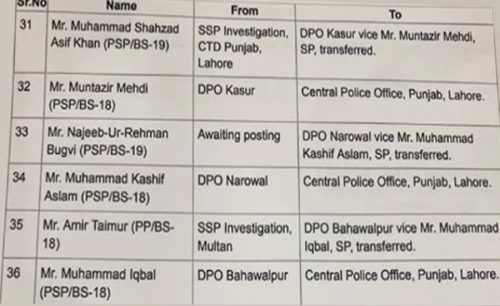