Putin calls Turkey's downing of Russian jet 'stab in the back' 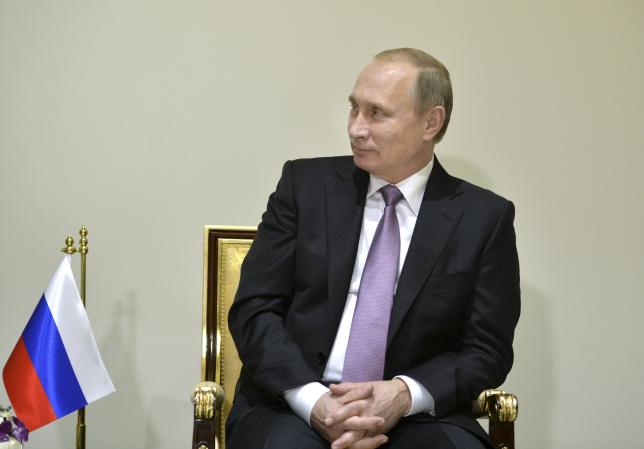 Putin calls Turkey's downing of Russian jet 'stab in the back'

MOSCOW/SOCHI, RUSSIA – President Vladimir Putin called Turkey's downing of a Russian fighter jet a stab in the back administered by "the accomplices of terrorists," saying the incident would have serious consequences for Moscow's relations with Ankara. Speaking in the Russian Black Sea resort of Sochi on Tuesday before a meeting with Jordan's King Abdullah, Putin said the downed plane had been attacked inside Syria when it was 1 kilometer (0.62 miles) from the Turkish border and had come down 4 kilometers (2.49 miles) inside Syria. That contradicted Turkey's assertion that the aircraft had been warned multiple times that it was straying into Turkish airspace before it was shot down. "Today's loss is linked to a stab in the back delivered to us by accomplices of terrorists. I cannot qualify what happened today as anything else," said a visibly furious Putin. "Our plane was shot down on Syrian territory by an air-to-air missile from an F-16. It fell on Syrian territory 4 kilometers from the Turkish border. It was flying at 6,000 meters 1 kilometer from Turkish territory when it was attacked." Putin said Russian pilots and planes had in no way threatened Turkey, but had merely been carrying out their duty to fight Islamic State militants inside Syria. "We established a long time ago that large quantities of oil and oil products from territory captured by Islamic State have been arriving on Turkish territory," he said, saying that was how militants had been funding themselves. "And now we get stabbed in our back and our planes, which are fighting terrorism, are struck. This despite the fact that we signed an agreement with our American partners to warn each other about air-to-air incidents and Turkey ... announced it was allegedly fighting against terrorism as part of the U.S. coalition." If Islamic State militants earned hundreds of millions of dollars from trading oil and enjoyed the protection of the armed forces "of entire governments" no wonder, said Putin, they behaved so boldly. "We will of course analyze everything that happened and today's tragic events will have serious consequences for Russo-Turkish relations," he said. Turkey is one of the most popular holiday destinations for Russians, and the two countries enjoy active diplomatic relations. Foreign Minister Sergei Lavrov is due to visit Turkey on Wednesday, in a trip arranged before the incident, while Turkish President Tayyip Erdogan is scheduled to visit Russia for talks with Putin in December. Putin expressed anger at Turkey's decision to convene a meeting of NATO to discuss the incident, suggesting Ankara should instead have swiftly tried to contact Moscow. "It's as if we shot down a Turkish plane rather than them shooting down one of ours. What do they want? To put NATO at Islamic State's disposal? We will never tolerate such crimes like the one committed today." –Reuters