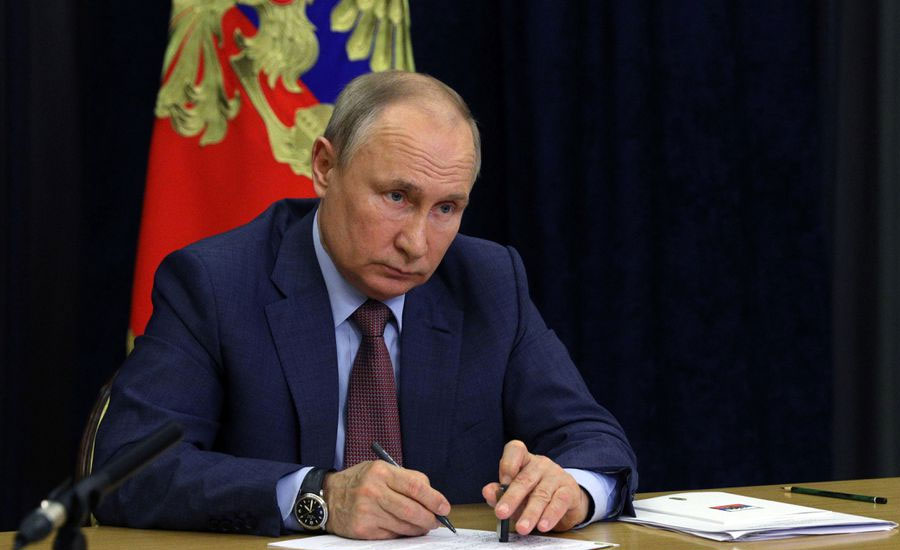 Putin's approval of the law comes days before a court will consider outlawing Navalny's anti-corruption foundation and regional campaign groups on the grounds they are extremist.

The law bars members or heads of groups declared extremist from running for seats in the State Duma, the lower house of parliament, or taking part in other elections for periods ranging from three to five years.

The legislation effectively derails campaigns for the parliament announced by some Navalny allies, including Lyubol Sobol, who is being prosecuted over a protest in support of the opposition politician.

The signing by Putin coincides with Navalny's 45th birthday, which is he marking behind bars as he serves a 2.5-year sentence for embezzlement charges that he says are trumped up.

Navalny's team -- which says the extremism allegations are an attempt to blunt their political opposition at parliamentary election in September -- said sarcastically that the law was "a special birthday greeting from the Kremlin".

In a post on his Instagram account, Navalny said he wasn't bothered by having to celebrate his birthday in jail and that he would celebrate all his missed birthdays once he is released.

Russia has in the past labelled as "extremist" neo-Nazi and far-right groups, Islamist organisations and the Jehovah's Witnesses. read more

If Russia formally declares Navalny's Anti-Corruption Foundation and regional groups extremist, authorities will gain the formal power to jail activists and freeze their bank accounts. The next court hearing in the case is set for June 9.

The case has already prompted Navalny's allies to disband the regional groups.