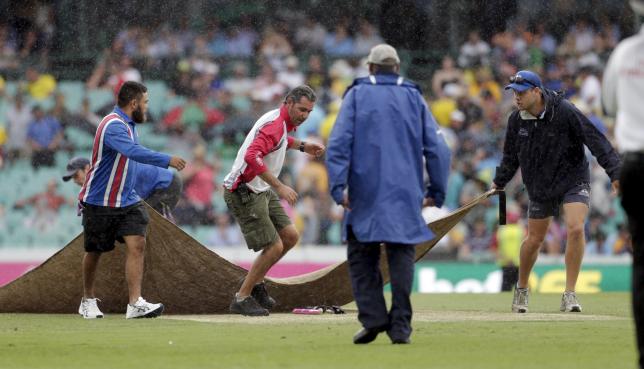 SYDNEY – Heavy rain washed out play in the third test between Australia and West Indies for the second successive day on Wednesday, further reducing the already slim chance of a result in the dead rubber match.

The rainfall, which had prevented any action on day three and all but 11 overs on day two at the Sydney Cricket Ground (SCG), continued unabated into the fourth day of the contest and play was officially abandoned just before 1 p.m. (0200 GMT).

West Indies, already 2-0 down in the series after thumping defeats in Hobart and Melbourne, were waiting to resume their first innings on 248 for seven. –Reuters