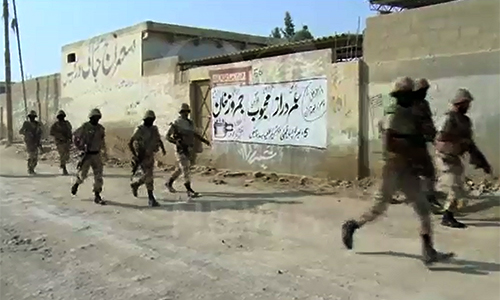 KARACHI (92 News) – The Rangers recovered a huge cache of weapons, including six sub-machine guns, during a surgical operation in Orangi Town on Friday. The operation was launched on a tip-off. A spokesman for the Rangers said that the weapons have to be used for terrorism during the local bodies elections on December 5.